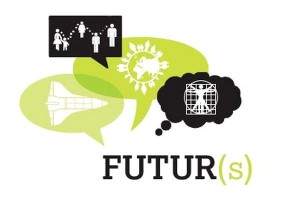 The future of manufacturing depends on a number of technological breakthroughs in robotics, sensors and high-performance computing, to name a few. But nothing will impact how things are made, and what they are capable of, more than the materials manufacturers use to make those things. New materials change both the manufacturing process and the end result.
Scientific American’s May special issue “How to Make the Next Big Thing” presents several new materials under development to help inventors and engineers deliver next-generation technologies. These ingredients include superinsulating aerogels for spacesuits, flexible concrete cloth for construction projects and complex natural polymers that could replace toxic plastics.
Yet this lineup of advanced materials merely scratches the surface. Carmakers, for example, are developing porous polymers and new steel alloys that are stronger and lighter than steel, ostensibly making vehicles both safer and more fuel efficient. And environmentally savvy entrepreneurs are growing fungi-based packing materials to provide a biodegradable alternative to Styrofoam.

Following are 9 substances that manufacturers could someday use to make many of the things we use.

Light enough to permit flight and thin enough to accommodate flexibility and strong enough to protect its host, natural insect cuticle—found in the rigid exoskeletons of houseflies and grasshoppers—provides its host protection without adding weight or bulk. Researchers at Harvard University’s Wyss Institute for Biologically Inspired Engineering have developed a new material called Shrilk to replicate insect cuticle’s strength, durability and versatility. Shrilk—so called because it is composed of chitin commonly extracted from discarded shrimp shells and fibroin protein from silk—could be used to make trash bags, packaging and diapers that degrade quickly. As an exceptionally strong, biocompatible material, it might also be used to suture wounds that bear high loads, such as in hernia repair or as a scaffold for tissue regeneration.

Quantum-electronic magic can make strange but useful semiconductors that are insulators on the inside and conductors on the surface. The bulk of the material acts as an insulator that blocks electron flow whereas the surface is a very good, metal-like conductor that allows electrons to travel freely at almost light-speed, unaffected by impurities that normally hinder electron motion through materials. Metal-free conductive inks will play a role in making printed electronic materials used in display screens, sensors and batteries. University of Illinois researchers, for example, have created a silver-based electric ink that leaves a trail of conductive material when it evaporates. The new formulation is easier to make than conventional electronic inks, adheres to many materials and can be printed at a lower temperature using a simple desktop device.

Northwestern University and Michigan State University scientists have demonstrated a thermoelectric material that is highly efficient at converting waste heat to electricity. That’s good news if you consider that nearly two thirds of all energy input is lost as waste heat. The inefficiency of existing thermoelectric materials has limited their commercial use. The record-setting, environmentally stable formulation is expected to convert 15 to 20 percent of waste heat to useful electricity, enabling greater industrial adoption of thermoelectrics. Waste-heat recovery systems could be attached, for example, to vehicle tailpipes or could process the exhaust streams from glass- and brick-making factories, refineries, fossil-fuel power plants as well as large transport ships and tankers.

Engineers from the Oak Ridge and Lawrence Livermore national laboratories, the Colorado School of Mines and elsewhere have designed extreme-duty, iron-based, glassy alloy coatings for industrial drill bits, bores and cutters to make this equipment more resistant to breaking even under heavy loads. NanoSHIELD Coatings—short for Nano Super Hard Inexpensive Laser Deposited Coatings—require a laser to fuse alloy powder to the surface of cutters and other tunnel-boring tools. The coatings cost far less than conventional materials such as tungsten carbide cobalt, and their longer operating life improves the efficiency of the tunnel-boring process.

Three University of Chicago chemists have created a new way to assemble what they call “designer atoms” into novel materials with a broad array of potentially useful properties and functions. These designer atoms are nano crystals—tiny crystalline arrays small enough that new quantum phenomena begin to emerge but large enough to provide building blocks for new functional materials and substances that could be useful in harvesting solar energy and delivering quantum computing. Greg Engel, associate professor in chemistry, is pictured here tuning a femtosecond laser system used to dissect couplings between nano crystals.

Rare earth materials are vital to the manufacture of wind turbines, electric and hybrid cars, and consumer electronics due to their powerful magnetic properties. Yet they are also expensive and come almost entirely from one source—China. Whereas electric motors use magnets to transform electrical energy into mechanical energy, sintered rare earth magnets produce incredibly strong magnetic fields at small sizes, allowing manufacturers to build smaller, lighter motors, according to Electron Energy Corp. The firm has teamed up with University of Delaware researchers to develop a manufacturing process that increases sintered rare earth magnets’ electrical resistivity by at least 30 percent. Their goal is to make magnets with increased electrical resistivity that can reduce motor efficiency losses even when motors operate at high speeds. Shown here are blocks of nickel-plated neodymium magnet, one of the most widely used types of rare-earth magnet.

Autos of the future will require strong, lightweight carbon-fiber composite structures to enhance efficiency and driving range, but low-cost fibers will be needed for market success. A consortium of national labs, industry and academia working at Oak Ridge National Laboratory’s Carbon Fiber Technology Facility are working to overcome the challenges of making cheaper carbon fiber. The U.S. Department of Energy gave Oak Ridge a $35-million award to build and operate the lab, which will include a pilot plant capable of producing up to 25 tons a year of new carbon-fiber materials. Pictured here is a polymer resin used to make carbon fiber.

Hydrogen fuel cell vehicles could provide clean transportation in the future, but they remain expensive in part because they use the precious metal platinum to facilitate the chemical reactions that produce electricity within the cell. A new method for quickly and cheaply depositing ultrathin layers of platinum might make it practical to reduce the amount of the metal used in fuel-cell catalysts, thereby lowering their cost significantly. Current methods for applying atom-thick layers of platinum—mainly, atomic layer deposition—are slow and complicated. The new approach is cheap and easy to implement, according to the National Institute of Standards and Technology. Essentially, platinum dissolved in a solution is deposited in single-atom-thick layers by alternately applying positive and negative voltages. Repetition can quickly and easily build layers of any desired atomic thickness. Shown here is a scanning tunneling microscope image of an ultrathin film layer of platinum deposited on gold after five seconds. Darker areas are exposed gold substrate not yet covered by the platinum