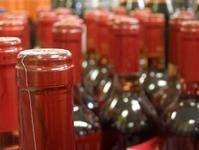 This project is the culmination of prior successful research at laboratory-scale. The project was considered satisfactory by the European Commission which has decided to co-finance the activity necessary for its complete development until its final commercialization and marketing phase.

Plastic stoppers are gaining ground in the annual market quota to the detriment of natural corks, due mainly to the price of the former being more competitive. Most manufacturers of plastic or synthetic stoppers are small and medium-sized enterprises located in Spain, France, Germany and Italy. Currently, the manufacture of plastic stoppers accounts for only 13% of the total market production – 20 thousand million stoppers annually – but with a projected increase in market share of up to 50% over the next ten years.

Plastic stoppers are inevitably increasing their presence on the wine market as well; nevertheless, some hybrid systems could help to maintain the presence and use of cork at the same time. Recently, certain partners involved in this proposal have developed a new composite material; the plastic part of the stopper is partially substituted by a material obtained from biomass. Thus, it provides a better use of natural resources. This new material provides a number of advantages, such as a lower price than cork and less density, less extracting force and better environmental performance than the plastic stoppers.